The DAS (Directorat de l’activité Sportive) and ICI Radio-Canada Manitoba hosted their awards gala on January 25th 2018 at the Sports Manitoba Building in Winnipeg. Rob received the Excellence Award in the Visionary Category and was extremely grateful to celebrate this prestigious honor with his family and friends.

Rob gave a speech at the ceremony and talked about his younger days of playing sports in La Broquerie and how it had an extremely positive effect on who he is today. Always deeply involved in the local sporting activities, Rob is regarded as one of the top leaders in the Saint-Boniface and Francophone community.

Rob is seen taking a picture with his wife Michelle, son Alexandre, daughters Arielle, Angéline and Aubrie. The other picture includes his father Claude. 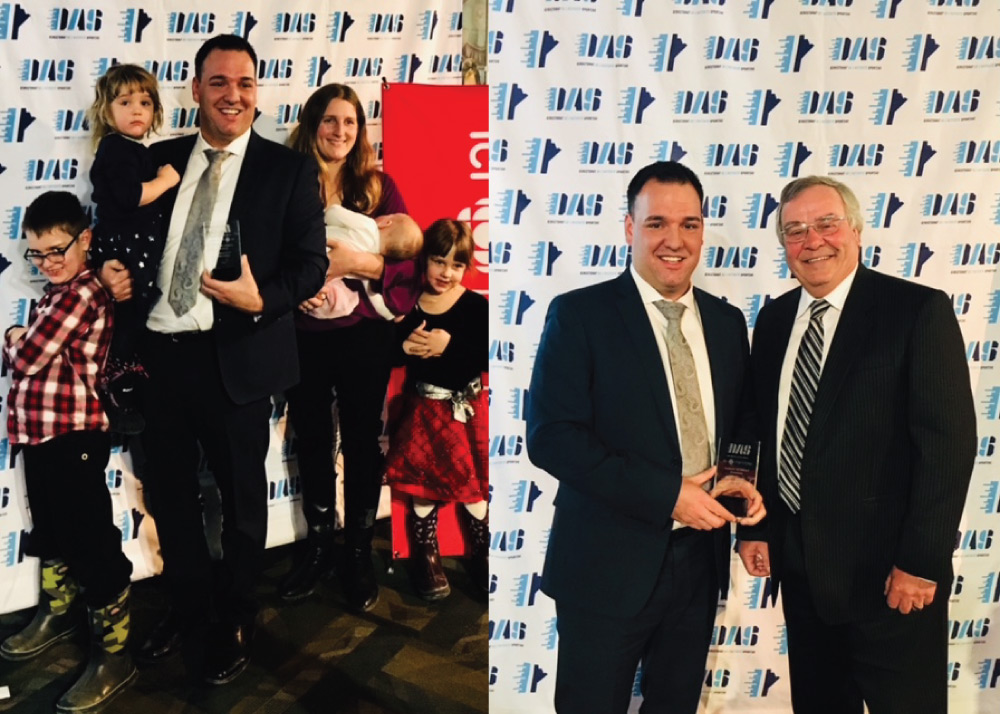 Getting Started is Easy  |  Commencer, c’est simple Contact Us  |  Contactez-nous