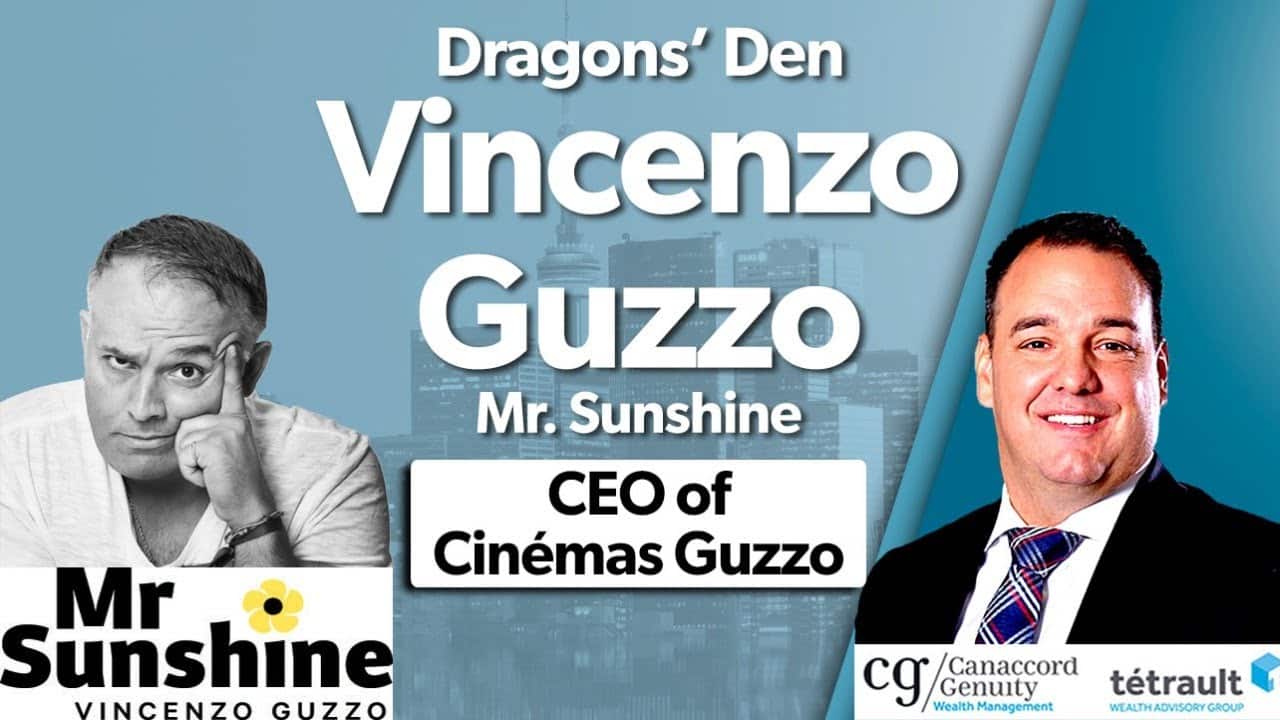 Vince Guzzo is a movie industry titan based in Montreal, where he lives with his wife and five children.

The brash businessman recently became a central Canadian media figure as the newest Dragon on CBC’s Dragons’ Den. His eccentric style and quirky demeanor have made the popular show must-watch television in its 13th season.

When he’s not moonlighting as a Dragon, Guzzo is the formidable President and CEO of Guzzo Cinemas, Quebec’s largest chain of independent movie theatres. A naturally savvy entrepreneur, he’s played a pivotal role in expanding Guzzo Cinemas into a business empire that includes offshoots in the construction, real estate and hospitality sectors.

Rob and Vince chatted about how he got to be the entrepreneur that he is today, how does an investor like himself get a spot on the popular Canadian show Dragons’ Den, what investment projects he currently has underway and much more!

This episode is a MUST-SEE!